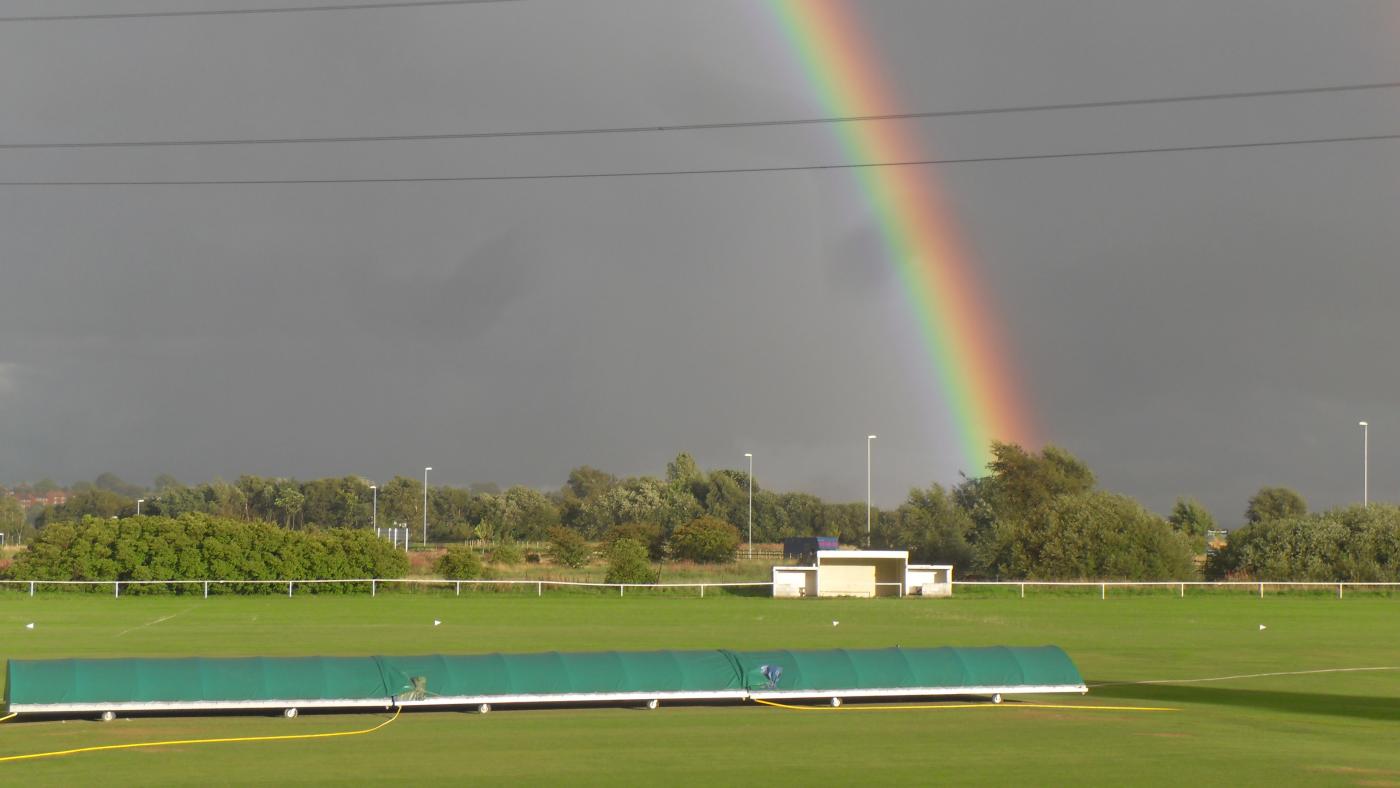 Knypersley remain top of the table, despite experiencing defeat for the first time this season in a five wicket loss against Audley. Knypersley got off to a poor start after being put into bat, finding themselves 35-5, but Paul Goodwin (47) stabilised his side, as they posted 112-6 from 34 overs. In reply Audley reached the total in the 30th over, Hamza Siddique top scoring with 31.

Longton remain second behind Knypersley, after an away draw against Leek. The home side were put into bat and they reached 95-6 from 25 overs, Chris Beech dominating the batting order with 60 not out, as Eddie Jones claimed figures of 3-18. In the second innings only 11 overs were possible as Longton closed on 38-4.

Stone jumped into third place, with a winning draw against struggling Hem Heath. Luke Cheadle led the way for Stone with 62 at the top of the order as his side declared after 40 with the score on 173-4. Hem Heath then lost wickets at regular intervals, as they finished their innings on 104-7 after 30 overs, as David Womble took 3-21.

Elworth collected their first win of the season with a six wicket victory against Checkley. Elworth won the toss and decided to bowl and the decision was rewarded straight as Andy Carr was dismissed with the first ball of the game. Checkley soon slumped to 66-7, but they did recover to 125-8 from 41 overs. Yasir Ali claimed figures of 5-61. Elworth knocked off the total in the 33rd over with the loss of four wickets, Alex Edmonstone top scoring with 39.

Porthill picked up the winning draw away at Whitmore. The away side were put in to bat and they managed to post 106-7 from 33 overs, Lee Johnson claiming a five wicket haul. In reply Whitmore stuttered to 95-8 from their 33 overs.

A draw was only possible between Burslem and Wood Lane. Burslem batted first and set the away side 156 to win, captain Christopher Lowndes top scored with 50 not out. Only 24 overs were possible in the second innings as Wood Lane closed on 80-5.

Sandyford picked up a crucial first victory of the season at the bottom end of the table with a nine wicket win at home against Alasger. The away side slumped to 40 all out after being put into bat; Sohail Rauf was the pick of the two bowlers used as he took 6-16. Sandyford then knocked of the total in the 10th over.

Cheadle missed the chance to move to the top of division one, away at Betley, as they were beaten by seven wickets. The away side declared in the 29th over setting Betley 151 to win. In reply Betley got off to a solid start, losing their first wicket with the score on 97. Tom Forster (75no) continued despite losing his opening partner and saw his side over line in the 21st over.

Leaders Little Stoke could only manage a draw against Moddershall. Little Stoke were put into bat and despite opener Richard Adams hitting 41, they stuttered to 120-8 from 25 overs, as Kashif Bhatti took (6-42). Only 22 overs were possible in the second innings as Moddershall reached 91-4.

Peter Wilshaw’s century was in vain for second placed Meakin as they too could only manage a draw against Silverdale. Batting first Wilshaw smashed 115 off 52 balls, which featured nine sixes, as his Meakin side posted 249-9 off 29 overs. Silverdale then closed their innings on 131-6 from 24 overs, John Shenton finishing 49 not out.

There was no play possible at either Barlaston against Blythe or Ashcombe Park versus Meir Heath.

Norton were the only side in the division to get a result with a nine wicket victory away at Bagnall, putting them into third. The home side were put into bat and found it hard going, being dismissed for 82 after 27 overs, Yasser Tariq collecting figurers of 6-45. In reply Ahsan Tariq (27no) and Yasser Tariq (28no) saw Norton over the line in the 28th over.

Top of the league Newcastle & Hartshill could only manage a draw against Stafford. The leaders were put into to bat and posted 160-4 from 30, Simon Wood top scored with 50 not out. Stafford then closed their innings in reply on 57-4 from 26 overs.

Leycett also, could only draw against Bignall End, finishing 11 runs short of victory. Bignall End had set the visitors 120 to win, but they only reached 109-3 from 25 overs, Robert Heath top scored with 71 not out.

Endon and Oulton played out a draw as only eight overs were possible in the second innings. In the first Endon posted 178-5 from 44 overs, George Sellers hit 64, while Jordan Weaver smashed 59 not out off 64 balls.

There was no play possible at Rode Park & Lawton against Kidsgrove or at Caverswall versus Weston.

Crewe moved top of the table with a four wicket victory against Stone SP. Crewe won the toss and put the away side into bat. Taking wickets at regular intervals Crewe dismissed Stone for 87, Shahid Mahboob collected figurers of 5-33. George Harding was then the mainstay of the innings for Crewe with 45 not out as they knocked off the total in the 25th over.

At the bottom end of the table Leek & Moorlands won for the first time this season, travelling to Church Eaton and winning by four wickets. The home side were dismissed after 39 overs for 139, Leek opener bowler Matt Bowcock and first change bowler Zac Jupp both took four wickets. In reply it took Leek 37.3 overs to reach the total, Haroon Mahmood top scoring with 44 not out.

Fenton also won batting second beating Oakamoor by seven wickets after reducing them to 57 all out. In the first innings Eddie Plant took 5-14 for Fenton as Oakamoor were dismissed in the 34th over. It took just 8.3 overs for Fenton to reach the total, Stephen Atkinson seeing his side over the line with 29 not out off 12 balls.

Norton-In-Hales played out a draw at Woore. The home side posted 154-2 from 25 overs, Navid-Ul-Khurram top scored with 52. In the second innings Norton-In-Hales closed on 108-3 from 26 overs, Kyle Morgan hit 55.

Wedgewood& Stanfields, at home, also played out a draw against Hanford. The home side batted first and set Hanford 180 to win declaring after 40 overs. Hanford then stuttered to 66-7 from 26 overs, Ramzan Mohammed collected figurers of 5-39.

Forsbrook versus Eccleshall was abandoned, with only 17.3 overs possible.