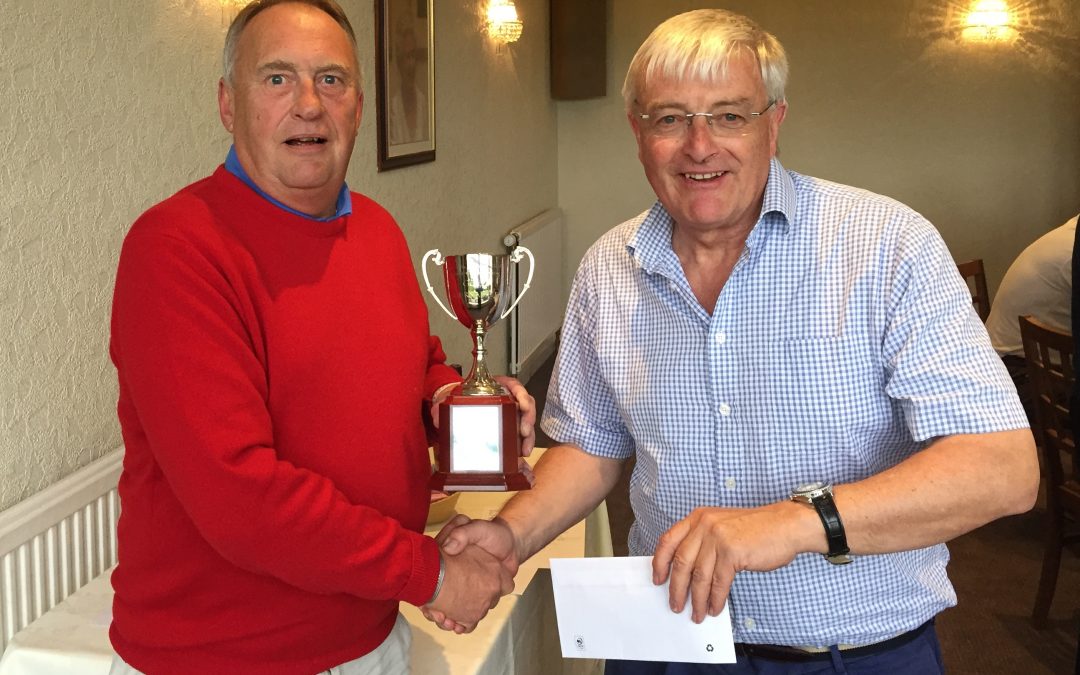 The 18 hole competition between 10 teams of 4 ended in a tie between Hanford CC and Stone SP “A” CC . A sudden death “putt off” (separation finally achieved after 9 holes) between the 2 captains John Machin and Sam Graham determined this years winners.

Thanks to the support of the Clubs (Checkley, Hanford, Leycett, Newcastle and Hartshill, Silverdale, StoneSP, Whitmore and the President’s Select Foursome) and individuals who took part in the event over £400 was raised for local charities.

The League looks forward to more Clubs competing in this enjoyable event in 2017.

Runners up Stone SP A team captain Sam Graham (pictured below) receiving 4 tickets to the League’s 2016 Dinner and Presentation Evening from Stuart Williamson.