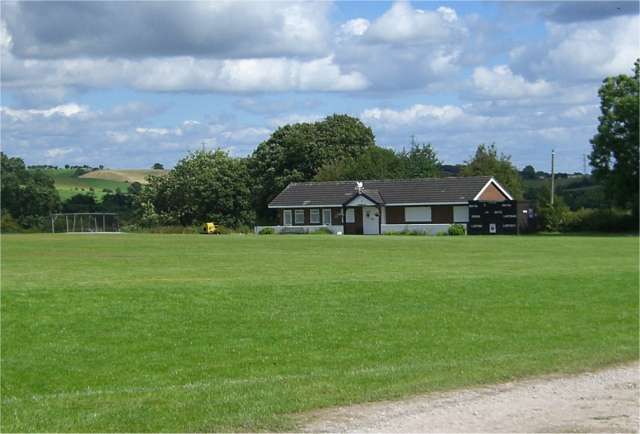 Leek got back to winning ways against strugglers Burslem. Leek were put into bat and Chris Beech (69) and Alex Thompson (51) helped the home side to 211-9 from 54 over. In reply Burslem made a poor start and were 29-4 but recovered with runs in the middle order, eventually falling for 169 in the 48th over.

Wood Lane lost ground on Leek beating Audley by two wickets but batting second. Asad Ali took figures of 5-47 as Audley were dismissed for 118 after 35.2 overs. In the second innings Wood Lane lost wickets at regular intervals but Jeff Maynard (23no) saw his side over the line with two wickets remaining. Wood Lane now sit 30 points behind Leek, but nine in front of third place Longton.

Longton could only manage to gain a winning draw against Stone losing pace on leaders Leek. Richard Holloway struck 104 for Longon and was the mainstay of the innings with only Eddie Jones (26) making it past the teens as the home side posted 204-9. Stone then got off to a poor start and fell to 48-3 but Richard Harvey (56) and Matt Coxen (50) rebuilt the innings and they closed on 179-8.

Bottom of the division Cheadle lost a crucial game at the foot of the table against Little Stoke going down by four wickets. Cheadle were put into bat and were dismissed for 125, Daniel Colclough, Peter Turnball and Daniel Richardson all taking three wickets. Turnball then top scored for Little Stoke (37) as they chased down the target with four wickets remaining. Cheadle now sit 54 points from Little Stoke and safety.

Checkley got a much needed victory as they travelled to Hem Heath and move 61 points clear of the drop zone. The away side were put into bat and Michael Allen (76no) came to the crease with Checkley at 33-1 and guided his side to 236-6, supported by Andy Carr (42) and Daniel Spasic (36). Richard Cooper then took 7-61 for Checkley as they dismissed Hem Heath for 159.

John Hancock’s century could only set up a winning draw for Porthill Park against Knypersley. Hancock batted at the top of the innings for Porthill and hit the majority of the runs finishing on 104 out of the187 total. Nayyar Abbas was the pick of the bowlers for Knypersley with figures of 6-58. In reply Jake Thompson top scored for the home side with 65 as they finished on 162-8.

The game between the top two sides in the division ended in a winning draw for Elworth with Whitmore running out of overs, only needing four runs to win. Elworth won the toss and decided to bat and with help from Thomas Bamford (88) and Lee Morris (67) they were able to declare on 229-9 from 54.4 overs. Imran Arif and Mathew McCall both taking four wickets. In reply Raj Kumar (91) and Tom Meredith (87) set up the run chase at 200-4, but Whitmore suffered a batting collapse and the overs ran out four runs short of victory with two wickets in hand. Elworth are now 45 points clear of Whitmore and 92 points ahead of Sandyford in third.

Sandyford beat Meakin by five wickets they closed the gap on Whitmore and jump into third place. Meakin won the toss and decided to bat but opener Haydon Simcock was the only batsmen to put up any resistance against the Sandyford bowling attack with 78 not out; as his side were all out for 120, James Prngle was the pick of the bowlers with figures of 4-19. Sohail Rauf then smashed 81 not out for Sandyford off 75 balls as they reached the target after 28 overs.

Silverdale slip to fourth behind Sandyford, when they were beaten by nine wickets against Moddershall. Nasir Malik took figures of 6-64 for Moddershall as they dismissed the away side for 153. In reply Moddershall lost an early wicket but Fraser Hawkins (86no) and Craig Grimley (50no) guided their side to the finishing line.

Blythe moved into mid table with an 85 run home victory against strugglers Barlaston. The home side batted first and the top two set up the game for them. Simon Owen (62) and Greg Prime (48) had a stand of 111 as they set the platform for Blythe to go on and post 223-8. In the second innings Jack Davies hit 64 as his side were all out for 138, Aqab Ahmed taking 6-29.

Richard Bebbington’s 99 wasn’t enough to help bottom of the table Betley beat Norton as they went down by nine wickets. Bebbington guided his side to 196-7 from their 55 overs, Ahsan Tariq (88no) and Joshua Graham (58no) smashed their Norton side to victory in the 32nd over as they finished on 200-1.

Tas Hussain helped Leycett on their way to a much needed victory against Meir Heath. Hussain claimed figures of 5-19 as Meir Heath were dismissed for 114. Hassan Haleem then top scored in the second innings with 41 as Leycett chased down the total after 25 over with six wickets in hand.

Muhhamad Fayaz smashed Newcastle & Hartshill to victory against in the top versus bottom clash at home against Oulton. Fayaz struck 143 not out off 99 balls as he helped his side post 267-5 from 48.4 overs, supported by Andy Elliot (50). Fayaz then took figures of 6-32 from 18 overs as Oulton were dismissed for 179 after 55 overs. Newcastle & Hartshill now sit 41 points clear of Ashcombe and Oulton are 10 points a drift from safety.

Ashcombe lost ground on Newcastle & Hartshill despite winning by four wickets, after electing to field against Kidsgrove, . They managed to bowl the home side out for 197, Rizwan Haider and Grant Roberts both taking four wickets. Haider (80) and Dave Proffitt (79) were the main run scorers as they chased the total down in the 38th over with four wickets remaining.

Alsager moved within 28 points of Ashcombe with a 38 run victory against strugglers Rode Park & Lawton. Paul Pickford hit 68 as he top scored for Alsager as they were all out for 192, Jim Johnson being the pick of the bowlers with 3-37. Tom Bason then dismissed Rode Park’s top and lower order with 5-34 as they were reduced to 154 all out and are now three points from safety.

Caverswall lost ground on the leading pack when they lost to Eccleshall by one wicket. Caverswall needed late runs from number eight Mike Dodd (47) to reach 148, Pradeep Jayaprakash the pick of the bowlers with 6-63. In the second innings Eccleshall reached the target after 53 overs, Sam Linney top scoring with 51, Tom East the best of the bowlers with figures of 5-57.

Woore sit three points clear of the drop zone after they suffered a batting collapse against Bignall End. Simon Howle claimed figures of 4-28 for Bignall End as the away side were dismissed for 83. Bignall End then lost wickets at regular intervals, Mark Bengry taking 4-37 for Woore, as they reached the total in the 32nd over with three wickets remaining. Bignall End moved 22 points above the relegation zone.

Weston were defeated by Stafford at home after suffering a major batting collapse. Michael Alexander (57) and Martin Dawson (37) had an opening partnership of 92 and then Aparajit Singh Khurana got into his stride for the away side as he took 8-44 as Weston were reduced to 138 all out. Guy Seaton then hit 66 as he helped his side chase down the target after 43 overs with four wickets remaining.

Bagnall move back to the top of the division with victory at home against Norton–In-Hales. The home side were put into bat and started poorly at 40-3, but Simon Gordon (39) helped them recover to 148 all out, Mathew Riley took 5-42. The away side looked to be in a strong position in the second innings with the bat at 113-5, but then suffered as five batsmen were out for a duck and collapsed in spectacular fashion to 114 all out, Asif Raza (6-44) and Colin Wilkinson (4-36) took all the wickets for Bagnall.

Wedgewood slip nine points behind Bagnall after they experienced a 22 run home defeat against Hanford. The away side posted 159 from their 55 overs Roger Davis top scoring with 42. Wedgewood then lost wickets at regular intervals, Mike Coxon (4-53) and Muhammad Akhtar (4-31) doing the majority of the damage for the away side as they restricted Wedgewood to 137 all out.

Alex Bailey played a captain’s innings as his Endon side beat Church Eaton by three wickets. Chasing 189 after Church Eaton had runs throughout their innings Bailey came in as his side were struggling at 21-2 and supported them all the way until the teams were level and he was dismissed on 91. Endon crossed the finishing line after 56.1 overs and are now eight points behind Wedgewood.

In the clash at the bottom of the table Fenton came out victors by four wickets and now sit 24 points clear of Moddershall A. Moddershall won the toss and decided to bat and posted 157 from their 55 overs William Hudson top scored with 41. Shafique Hussain then smashed 50 off 45 balls for Fenton as they chased the target down in the 47th over.

Stone SP were defeated away at Crewe as they were unable to defend 206. Jason Revil hit 111 as he dominated the scoring for the away side as they set the total five down. In reply Crewe never looked to be in trouble with an opening stand of 163 between Waqar Ahmed (94) and George Harding (78no) and then the total only losing another two wickets.

Oakamoor could only manage to get a winning draw at home against Forsbrook. The home side posted 202 from their 55 overs, Muhammad Ayub top scoring with 70, supported by captain John Wood (40) and Adam Keates (32). In the second innings Steve Booth was the pick of the bowlers with 3-17 as Forsbrook closed their innings on 133-7 from their 55 overs.