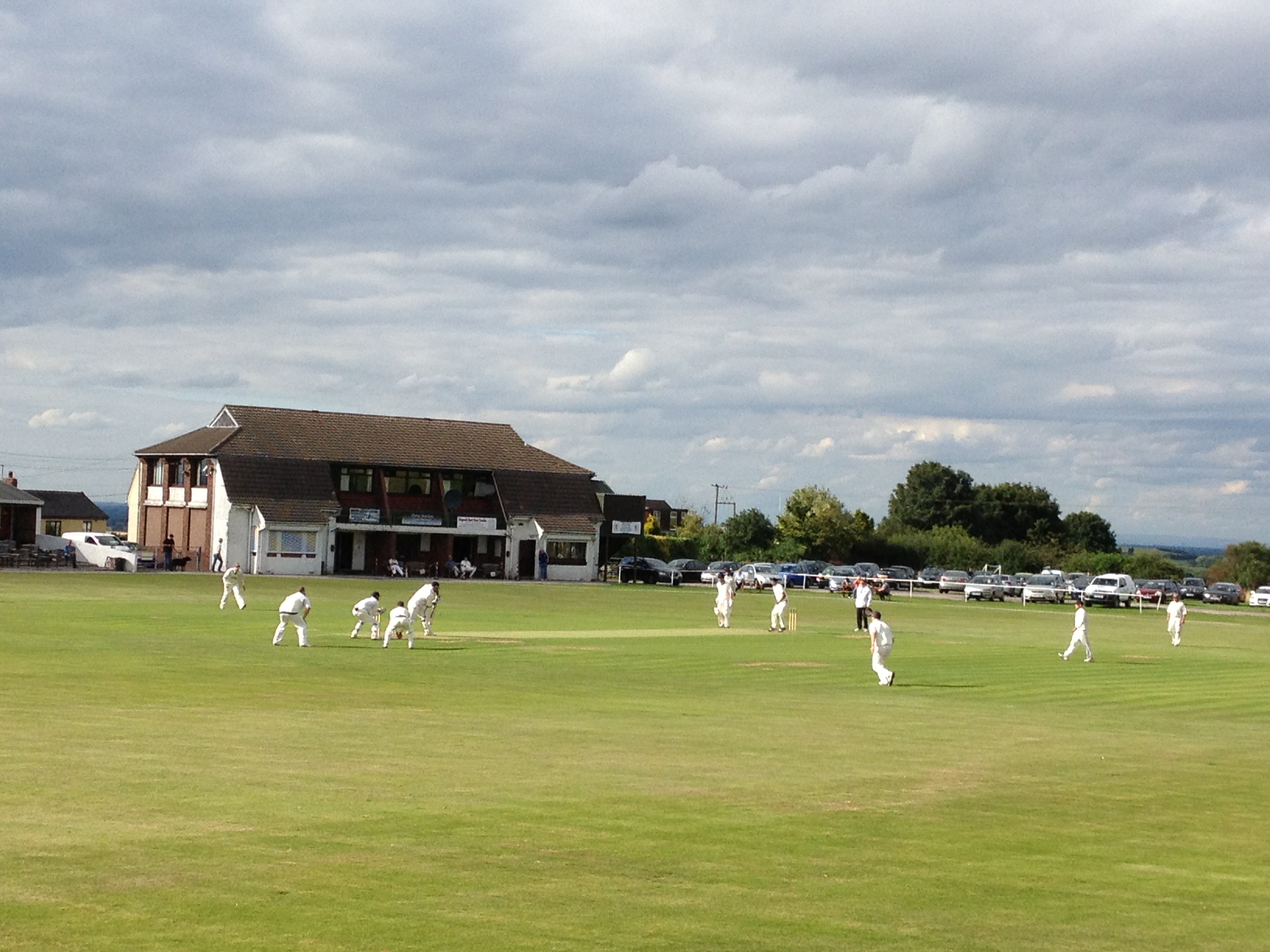 It’s all change at the top of the league, as Leek go to the summit with Checkley dropping to third. Alex Mellor hit an unbeaten century to help the new league leaders beat Whitmore by eight wickets at home. Having dismissed the visitors for 166, Mellor guided side to victory with 104 not out off 129 balls, finding support in Chris Beech (56). The victory puts Leek top, level on points with Stone and nine points ahead of Checkley.

Stone travelled to Wood Lane and came away with an 18 run victory. Having won the toss and deciding to bat first Stone were reduced to 161 all out after 49 overs, with James Dawson top scoring with 63, while Samiullah Kahn and Maz Shah, both took four wickets. In reply Wood Lane got off to a poor start falling to 39-3 and despite Daniel Brierley’s 66 they were bowled out for 143. The win moves Stone up into second place, while Wood Lane are just 12 points above the relegation zone and Audley.

Longton couldn’t take advantage of Checkley’s slip up, themselves being beaten by three wickets against Burslem. Batting first Longton posted 201, with David Fairbanks (48), Michael Longmore (45) and Richard Holloway (45) all making it into the forties, while Michael Brown took 4-72. In response Burslem knocked off the total in the 55th over with Ateeq Kahn (51) and Kevin Mountford (50) both making half centuries. Burslem move themselves 20 points clear of the drop zone, while Longton are 21 points adrift of the top two.

At the bottom end of the table Audley were beaten by 60 runs away at Porthill. George Cairns hit 101, helping the home side to declare on 248-5 after 50 overs. In the second innings Dan Hancock collected match winning figures of 5-17, dismissing Audley for 188 despite Hamza Siddique’s 58. The defeat leaves Audley 12 points behind Wood Lane and safety but 35 points above rock bottom Elworth.

Basement side Elworth were comfortably beaten at Hem Heath by eight wickets. Having won the toss and deciding to bat first Elworth were dismissed inside 26 overs for just 78, Muhammad Jahangir the pick of the bowlers for Hem Heath picking up 5-37. Liam Banks (53no) and John Cheadle (26no) then guided their Hem Heath side to victory, recovering from 1-2. The loss leaves Elworth stranded at the bottom 47 points adrift of safety and Wood Lane.

Meakin remain at the top of the league despite losing to title rivals Little Stoke by five wickets. Meakin won the toss and decided to bat first and posted 222-7 from their 55 overs, Peter Wilshaw top scoring with 68, while Naveed Arif took 5-74. In reply Little Stoke got off to a poor start being reduced to 33-2, but Peter Turnbull struck an unbeaten 105 at number three to guide his side to victory in the 50th over. Little Stoke closed the gap with Meakin to 11 point at the top, while sitting five points above third place Moddershall.

Moddershall beat promotion rivals Cheadle by 97 runs. Moddershall were restricted to 156-9 from their allotted overs with late runs from Tom Hope (27no) pushing the total up, as Cheadle shared the wickets around. In the second innings, Matt Goodwin (5-27) and Kashif Bhatti (5-11) both picked up five wicket hauls to dismiss Cheadle for 59. With the win Moddershall move within 16 points of Meakin, while Cheadle languish 43 points behind Meakin and 32 points behind second place Little Stoke.

At the other end of the table, bottom of the league Alsager were on the end of a heavy 197 run defeat at home against Silverdale. Mitchell Stokes top scored for the visitors with 82, helping his side post 267-8, as Gareth Rowe took figures of 4-86. In reply Alsager were dismissed for 70 inside 23 overs, as Scott Degg was the pick of the bowlers for Silverdale collecting 5-10. Alsager are now 43 points adrift of Betley and safety and 15 points behind Meir Heath.

Meir Heath were beaten at home by five wicket against Sandyford. Richard Stonier (43) top scored for Meir Heath as they posted 150-7 from their 55 overs. In response Sohail Rauf made an unbeaten 68, supported by James Pringle (44), helping their side recover from 29-4 to pass the target in the 38th over with five wickets remaining. The victory moves Sandyford 48 points above Meir Heath and the drop zone, while Meir Heath are 28 points from safety.

Blythe beat Betley by 33 runs at home after they decided to bat first. Richard Bebbington (5-14) was the pick of the bowlers for Betley as Blythe were reduced for 180 after 51.1 overs. In the second innings Aqab Ahmed took match winning figures of 8-51 for Blythe reducing Betley to 147 all out, to move 4 points clear of the opposition and the drop.

Barlaston beat Ashcombe Park at home by 35 runs. In the first innings Barlaston were removed for 133, Rizwan Haider taking 6-40 for the visitors. In reply, only captain David Proffitt (27) and Steve Proffitt (17) made it into double figures for Ashcombe as they were dismissed for 98, with Alex Thorley being the pick of the bowlers with 5-35.

Top of the table Newcastle & Hartshill beat basement side Bagnall by four wickets. Batting first Bagnall were dismissed in the last over of the innings for 194, Edward Bateman (64) and Martin Mason (53) both hitting half centuries, while Andrew Keates took 5-81 and Simon Wood 4-42. In the second innings Wood then top scored with 63, helping his side reach the target after 45 overs with four wickets remaining. The win keeps Newcastle & Hartshill six points clear of Stafford at the top, while Bagnall are 79 points from safety.

Stafford picked up maximum points against strugglers Bignall End, winning by 94 runs. Aparajit Singh Khurana top scored for Stafford with 83, with Richard Brazier (50) also making a half century; helping their side reach 215 before they were all out in the 50th over. Khurana then collected figures of 5-40 as Bignall End were removed for 121. The victory moves Stafford to within six points of Newcastle & Hartshill and 19 points above Kidsgrove in third, while Bignall End are 73 points behind Endon and safety.

Kidsgrove travelled to Norton and came away with maximum points winning by 62 runs. Dave Leese (49) and Tom Lench (45no) were the main batsmen for Kidsgrove, posting 187-8 from their allotted overs, with Alex Graham taking 5-36. In reply Norton really only had Joel Bayley (47) to get to grips with the Kidsgrove bowling attack, being dismissed for 125 after 59.5 overs. The win puts Kidsgrove 19 points behind Stafford and a promotion place, while Norton are just a single point further behind.

Fifth placed Caverswall travelled to Leycett and came away with a 37 run victory. Gregory Phillips top scored for the visitors as they were removed for 136, Leycett sharing the wickets around the bowling attack. In the second innings Nazakat Ali (5-22) and Christopher Baranowski (4-25) did the damage with the ball for Caverswall reducing Leycett to 99 all out.

Weston beat Oulton at home by two wickets. Chris Barratt (5-69) and Alex Matthews (4-59) were the main threat for Weston as Oulton were restricted to 179-9. Martin Dawson then top scored for Weston with 46, helping his side pass the target in the 55th with two wickets remaining, as Daniel Colclough took 5-56.

Rode Park & Lawton won by four runs away at Endon. The visitors lost wickets at regular intervals as they were all out for 142, as George Sellers and Anthony Sheeran both picked up three wickets. In reply Endon got off to a poor start falling to 35-4, Alex Bailey (35) helped them recover but they fell five runs short of victory, being dismissed for 138.

Eccleshall continue their march to division two with a 121 run victory against Fenton. Eccleshall captain Myles Coughlan guided his side to 229-7 with an unbeaten 100, enabling him to declare after 45.2 overs, while Eddie Plant took 6-72 for Fenton. Jordan Wood (4-18) was the pick of the bowlers in the second innings for Eccleshall, helping his side dismiss Fenton for 108, maintaining the gap to second place Woore at nine points.

Woore travelled to Oakamoor and came away with a 13 run victory in a low scoring affair. The visitors were dismissed for 126 after a last wicket partnership of 36, Eddie Brookes (4-44) and Matt Wolff (4-45) both taking four wickets for Oakamoor. Darren Snape was then the pick of the bowlers for Woore with 4-46 himself, removing Oakamoor for 113, Wolff top scoring with 40 not out. Woore remain nine points behind Eccleshall but are 62 points ahead of third place Crewe.

Crewe’s hopes of promotion have all but disappeared with a 47 run defeat away at Forsbrook. Andrew Jones top scored for the home side with 48 not out, helping his team post 169-7, George Harding being the pick of the bowlers with 4-59. Crewe then lost wickets at regular intervals and were eventually dismissed for 122, Muhammad Rahim (6-53) being the pick of the bowlers. The defeat leaves Crewe 62 points adrift of Woore.

At the other end of table Leek & Moorlands beat Hanford by three wickets. Chris Mellor top scored for Hanford with 60 before his side were dismissed for 178 as Leek shared the wickets around. In reply Neal Lafford hit 62 for Leek helping his side to the target after 52 overs. Leek now sit 28 points above bottom of the table Norton-In-Hales.

Norton-In-Hales were beaten by relegation rivals Church Eaton by five runs. Batting first Church Eaton had starts at the top of the order helping them reach 182 before being dismissed in the 51st over, while Craig Ruscoe took 6-68. James Ruscoe then hit 51 as his side fell just six runs short of a needed victory, as Jonathon Arnold collected 5-45. The victory moves Church Eaton 62 points clear of their opposition and the drop zone, while Norton-In-Hales are 28 points from safety.

Stone SP gained the winning draw against Wedgewood. Shafique Hussain smashed 148 not out, supported by captain Jason Revill (51no), as Stone went on to post 310-3 from their 55 overs, recovering from 26-2. In reply Wedgewood closed their innings on 195-7, Josh Clayton (65) and Oliver Holland (52) both hitting half centuries, while Aidan Schmid took 4-27 for Stone.