Following the success of the inaugural North West U21 Inter-League Competition in 2016 the number of Leagues taking part in 2017 has increased to feature six of the top cricket leagues in the North West of England.

This year the four leagues are joined by the Greater Manchester Cricket League and the Pennine Cricket League in a competition which provides quality cricket for talented young league cricketers, many of whom have played age group cricket at County and League level, but for whom, previously, further representative cricket is out of reach.

The competition is once again sponsored by CricTours and is organised and managed by the Liverpool Competition, whose Chairman John Williams is delighted with the addition of the two new leagues. ”We began this initiative as part of our commitment as an ECB Premier League to extend participation and to try to keep youngsters in the game” he said. “Last year went well and with the Greater Manchester and Pennine leagues joining in, this year will be even better”.

Keith Tunnicliffe Manager of the successful North Staffordshire and South Cheshire League is equally pleased with the prospect of greater competition. “Inter-League competitions are an excellent way of developing young players and we are delighted that we can offer such a high quality opportunity to the U21 players in our league” he said. 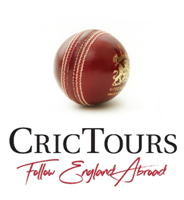 To be played between Monday 19 June and Thursday 29 June

To be played between Monday 10 July and Thursday 20 July

All matches to be played on Tuesday 1 August

(A reserve date has been set for Thursday 3 August)

To be played on Thursday 17 August